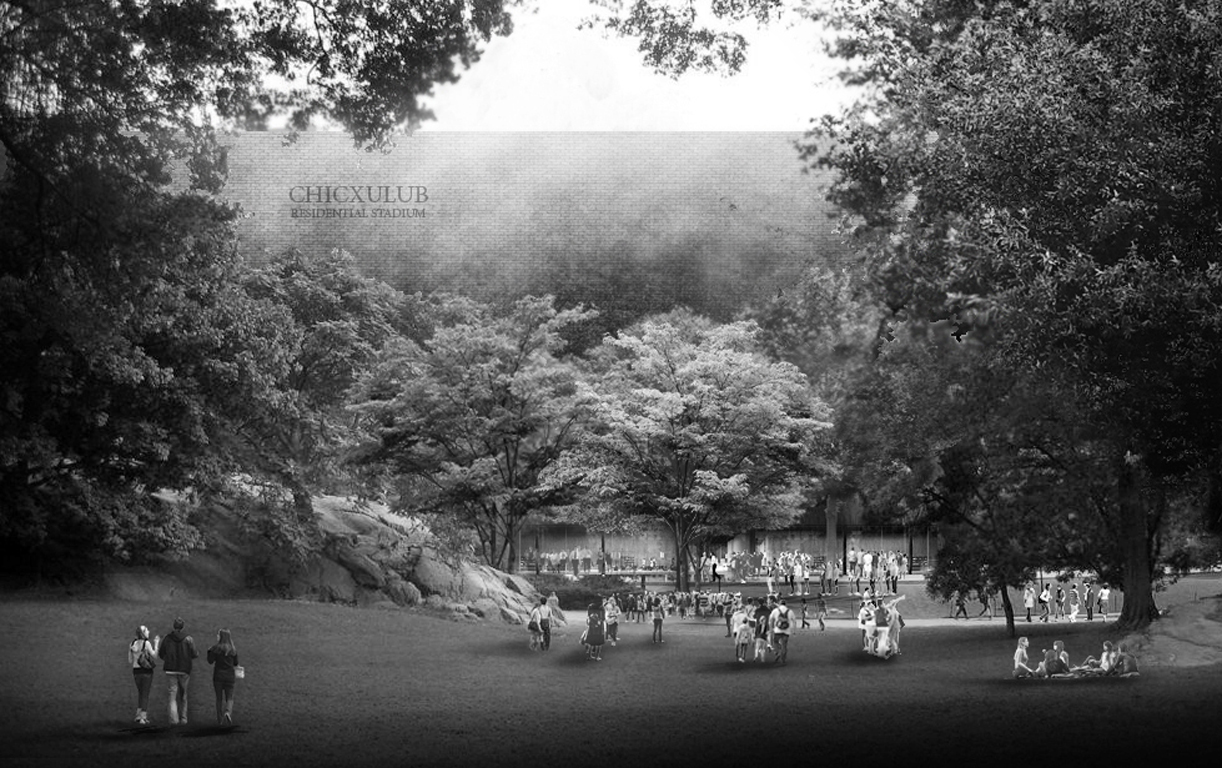 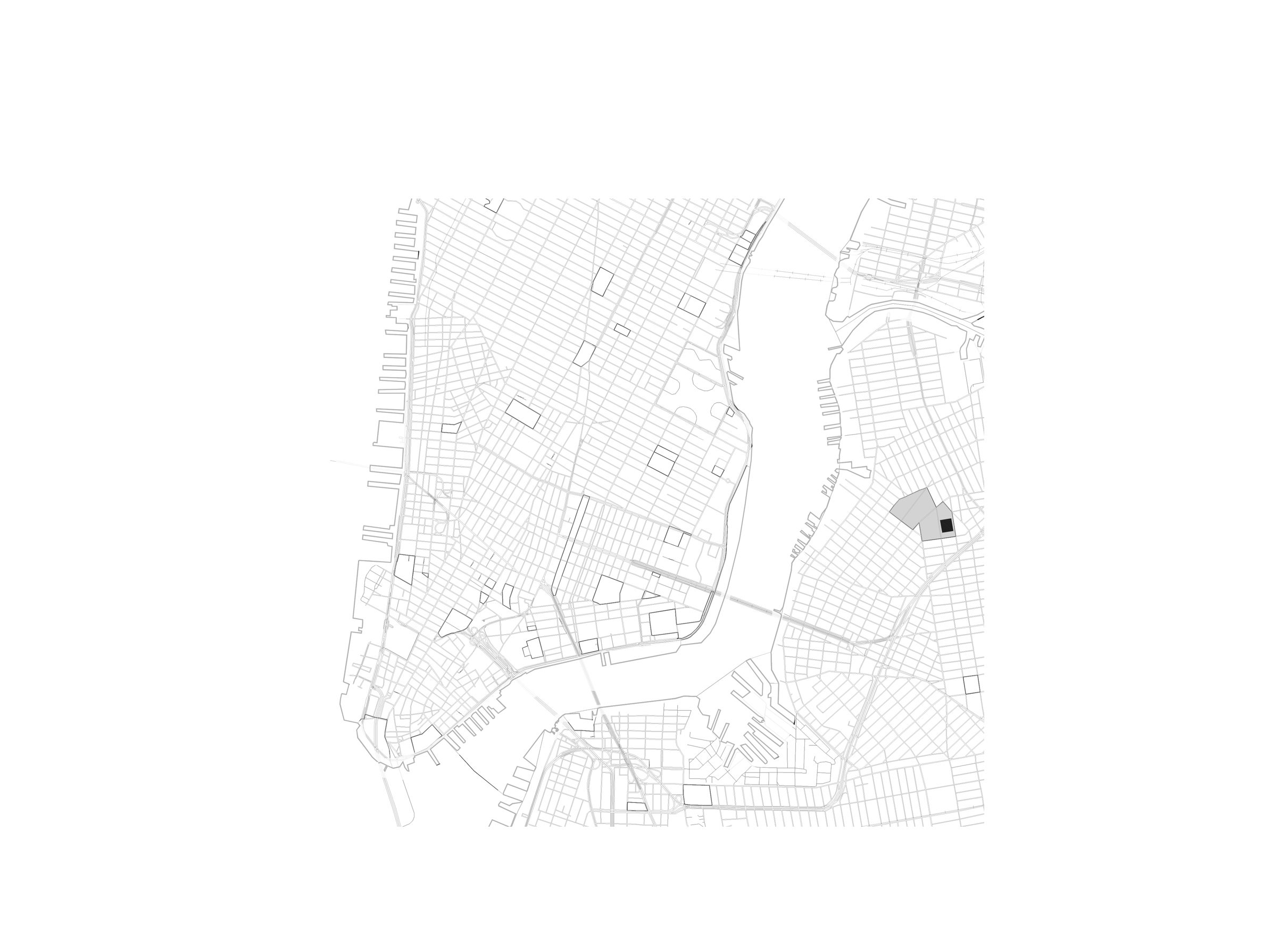 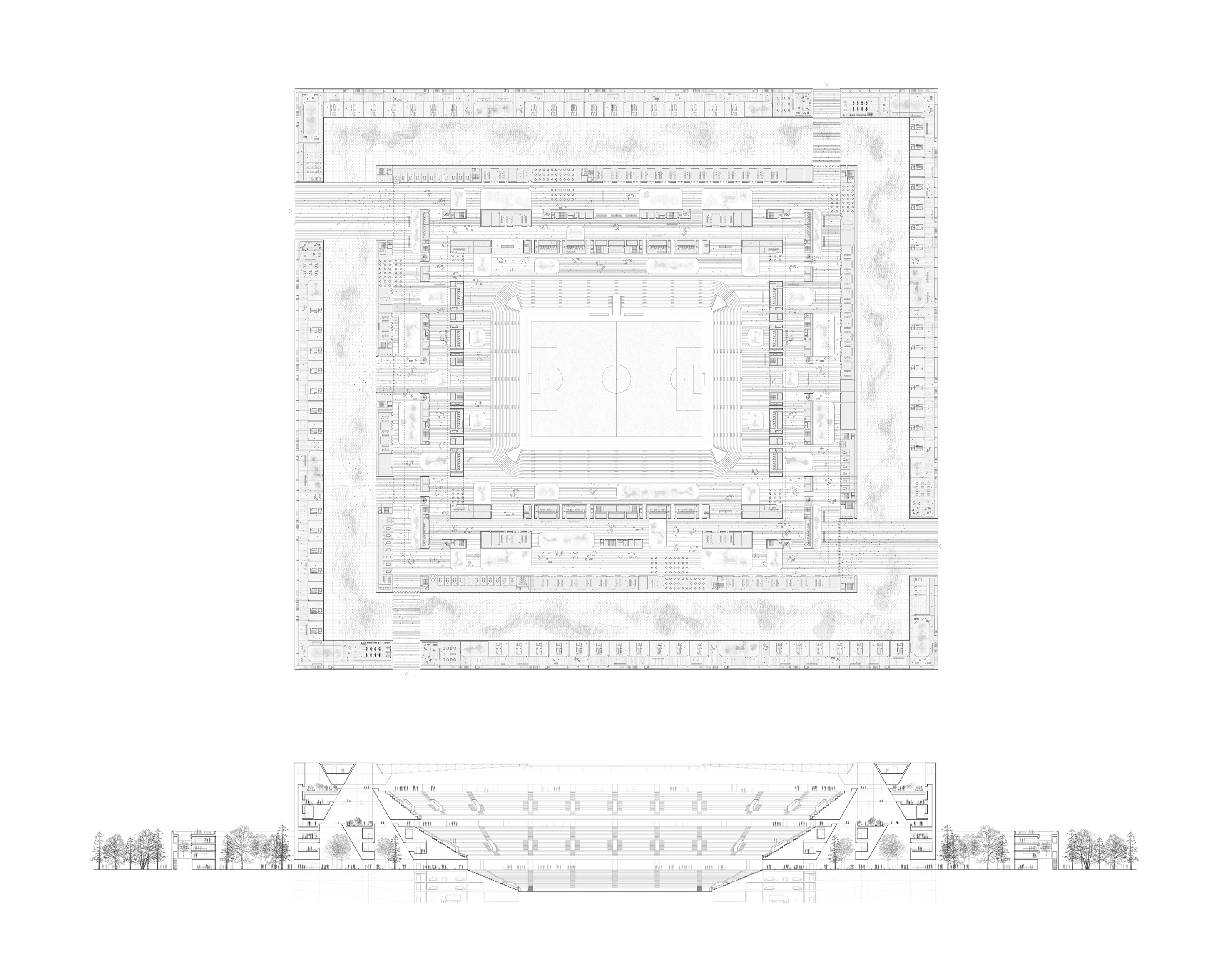 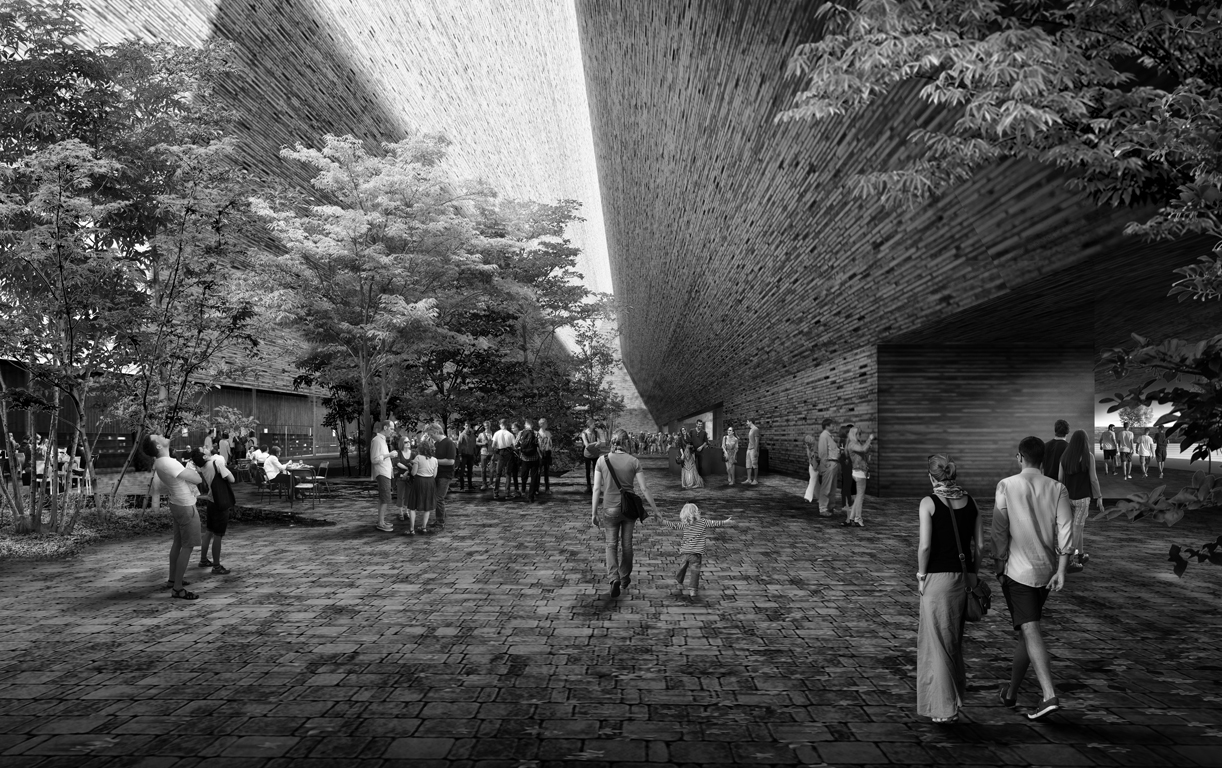 Located in McCarren Park, the city of Williamsbourg  hosts Chicxulub, the new typology of stadium proposed for the 2026 World Cup in Mexico.

The name comes from the crater left on earth by the meteorite that crashed about 65.95 million years ago, in the homonymous state. The architecture, conceived as a large excavated mass, is thought of in its global system as an “analogy of the city”. The trees and vegetation of McCarren Park are perfectly integrated inside it working both as a shading system and as a progressive privacy filter. Prepared to host the most important football event in the world, Chicxulub has a capacity of about 90,000 spectators, but above all it was designed to be reused by the citizens as a place of meeting and public and common activities after the end of the event. The plan, composed of fragmented functional blocks, is ordered as if it were an urban fabric in which it is possible to recognize the main streets and the arteries connected to them. These paths are organized to serve collective residences, along the outer perimeter, common areas and commercial spaces until they reach the center cave, where the football field is placed, which, in turn, also becomes a large square for the neighbourhood.