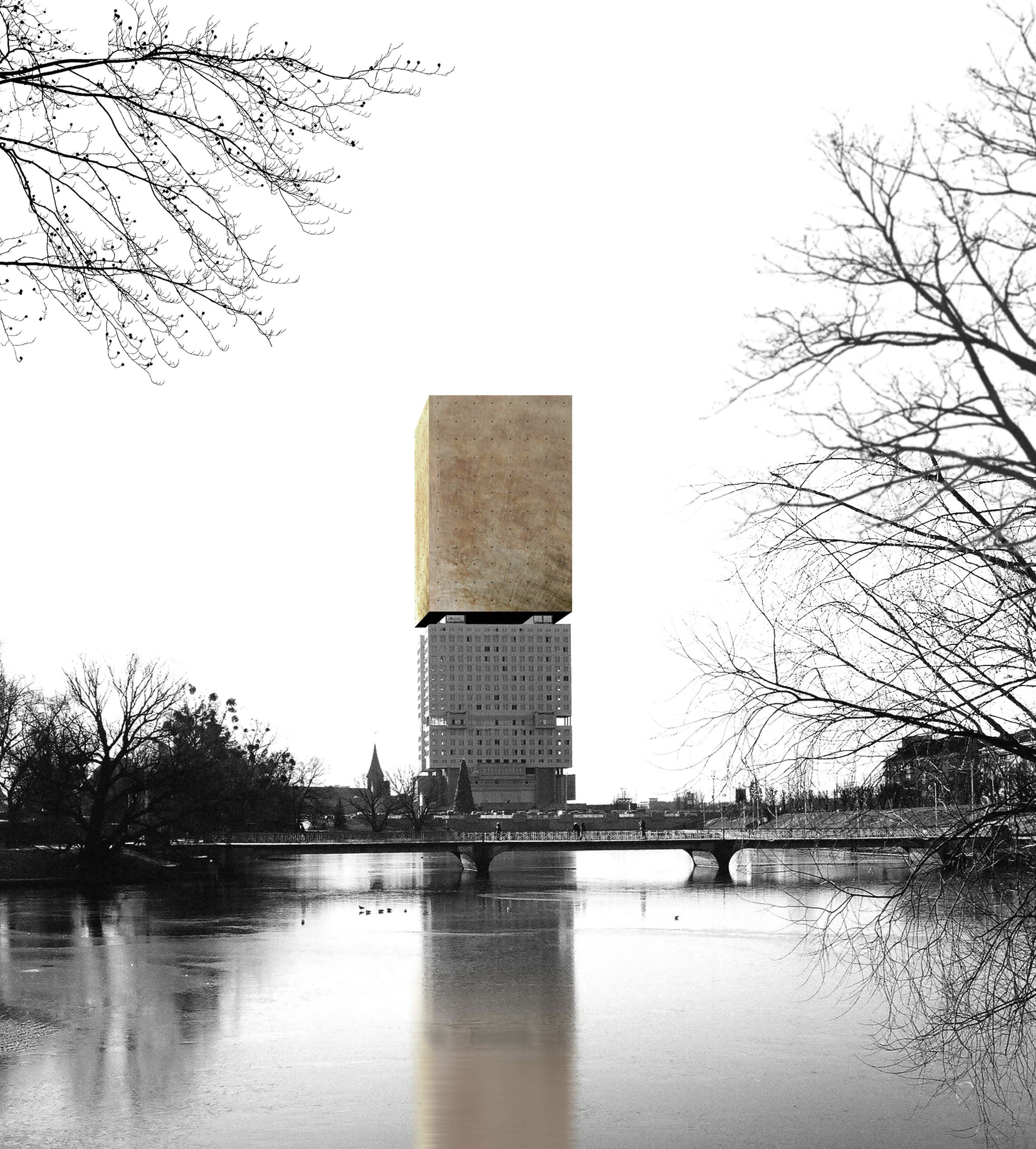 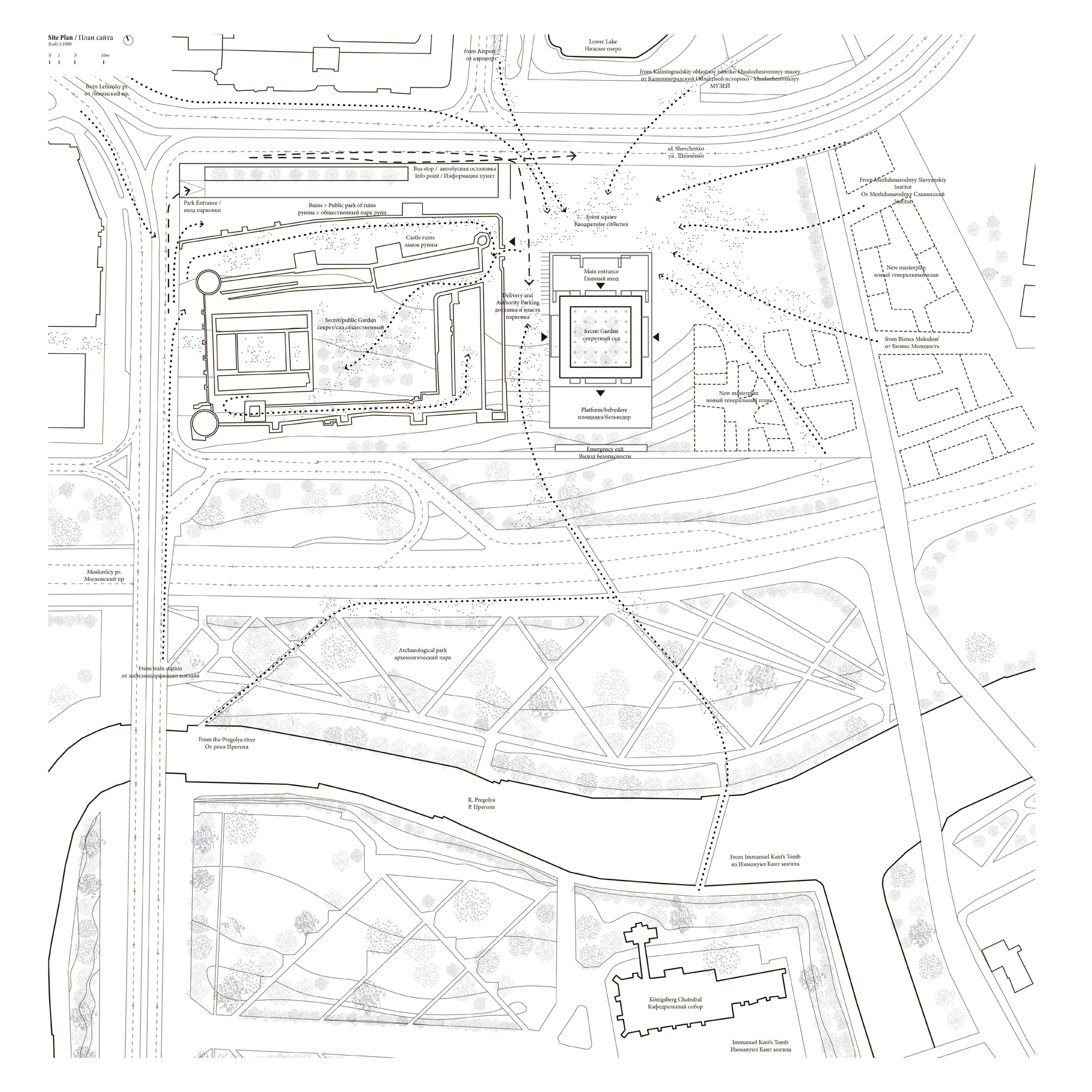 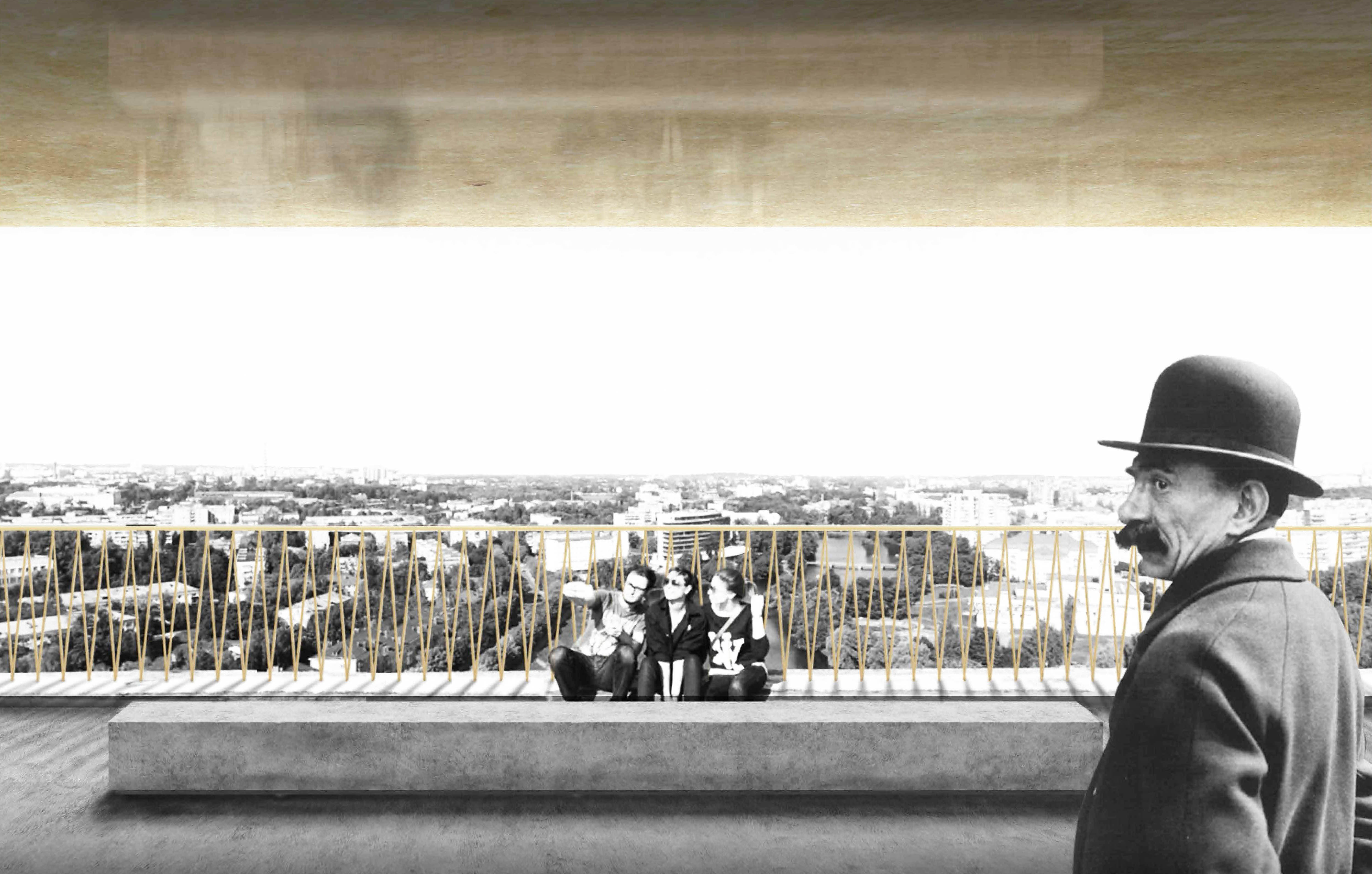 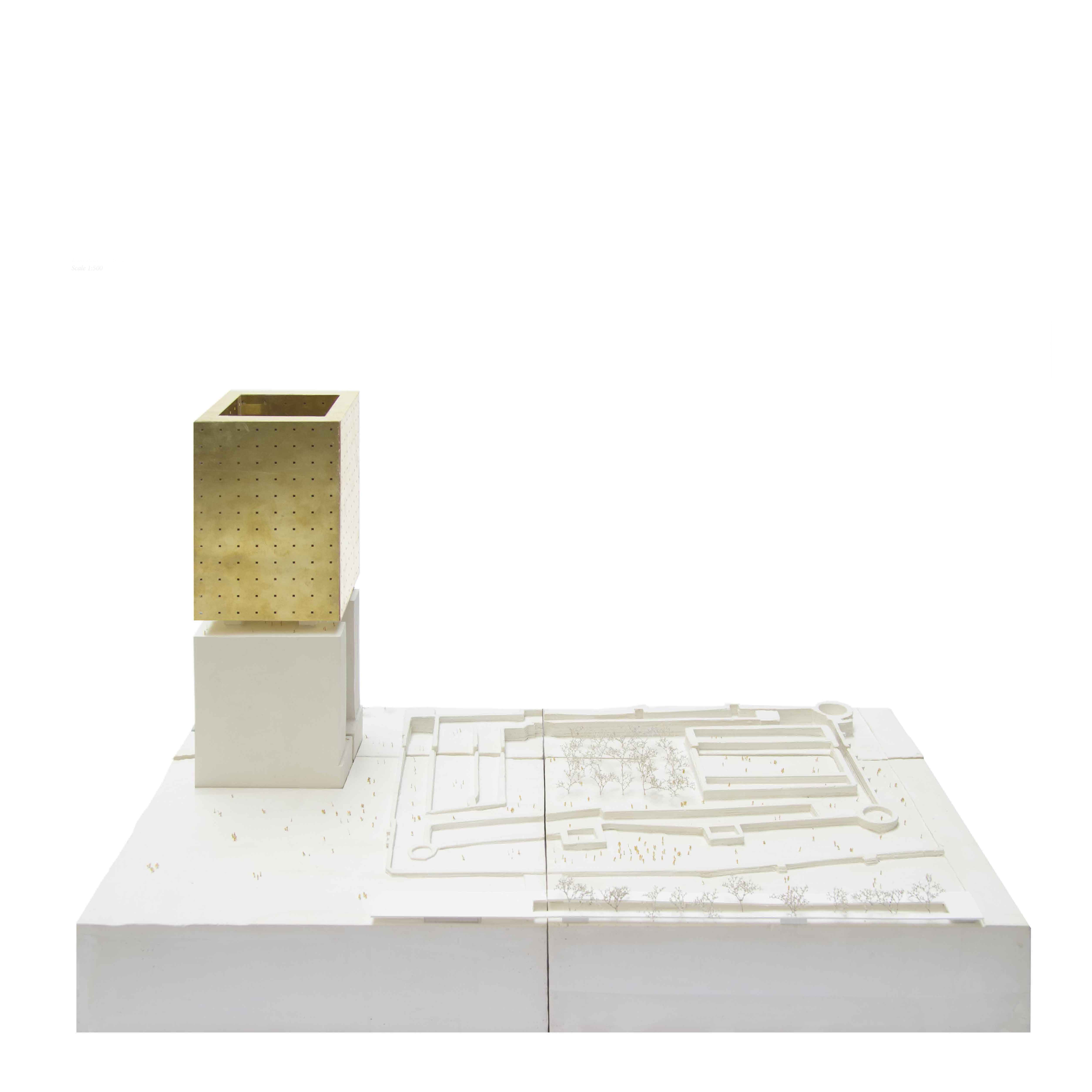 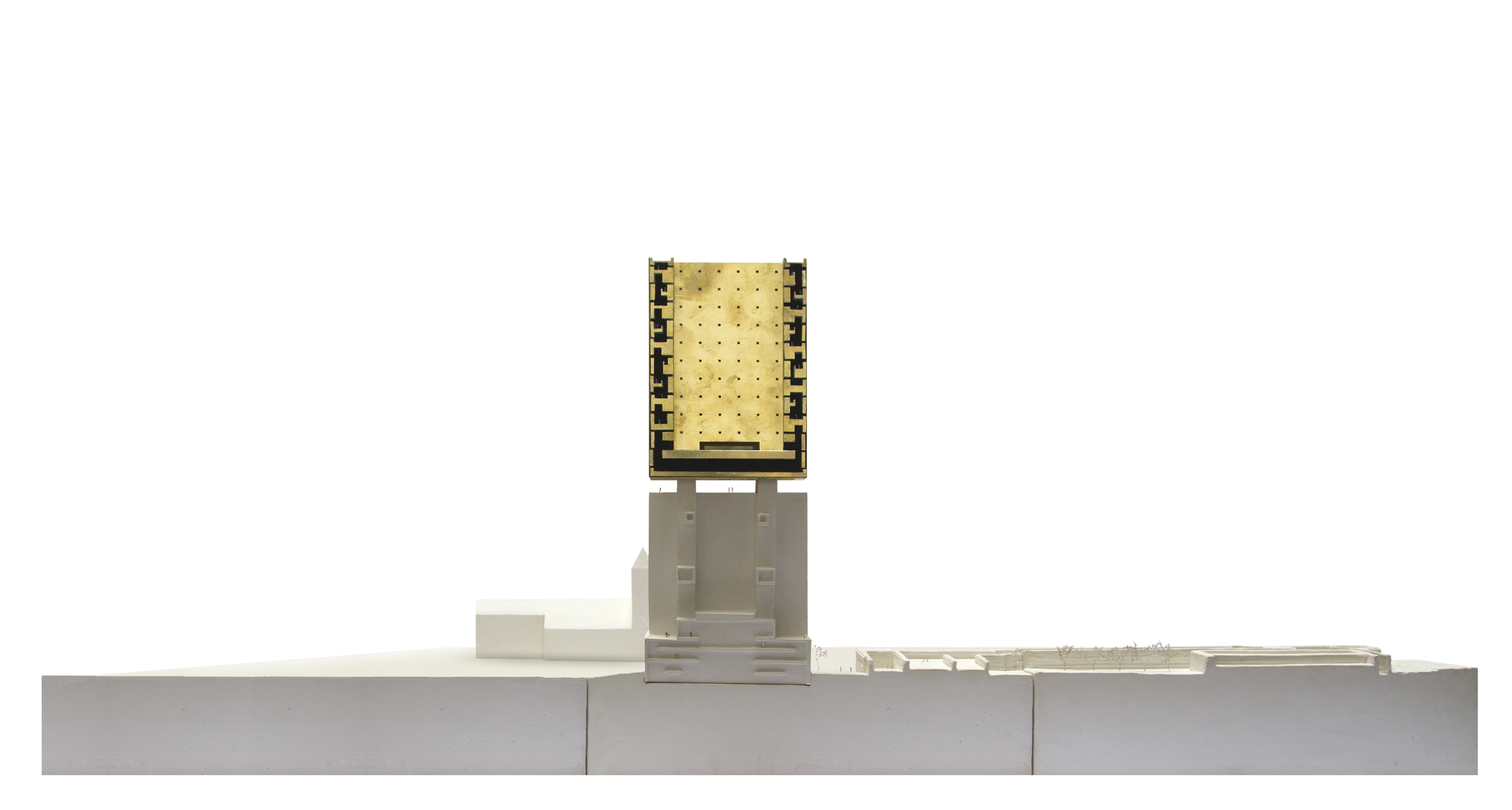 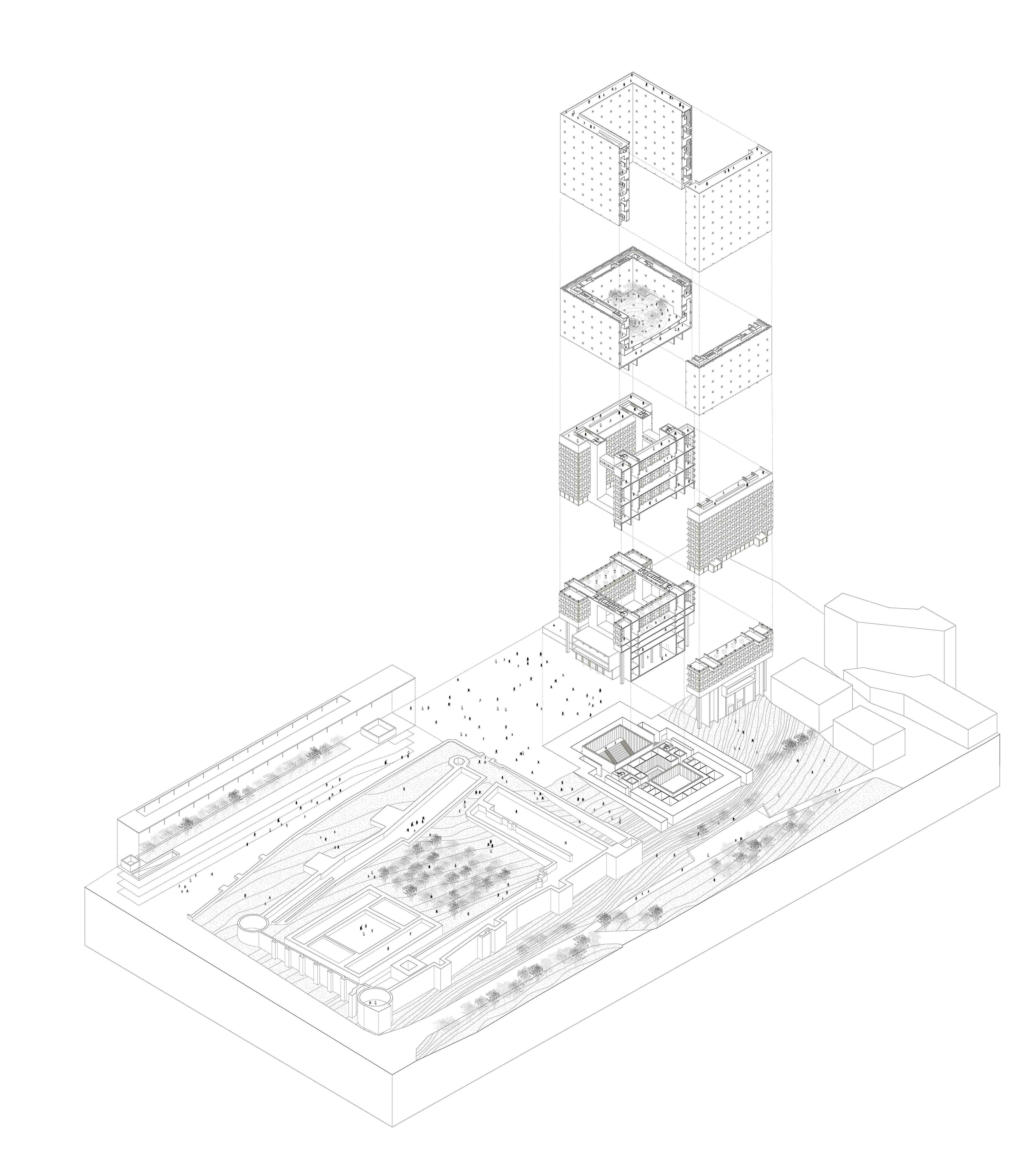 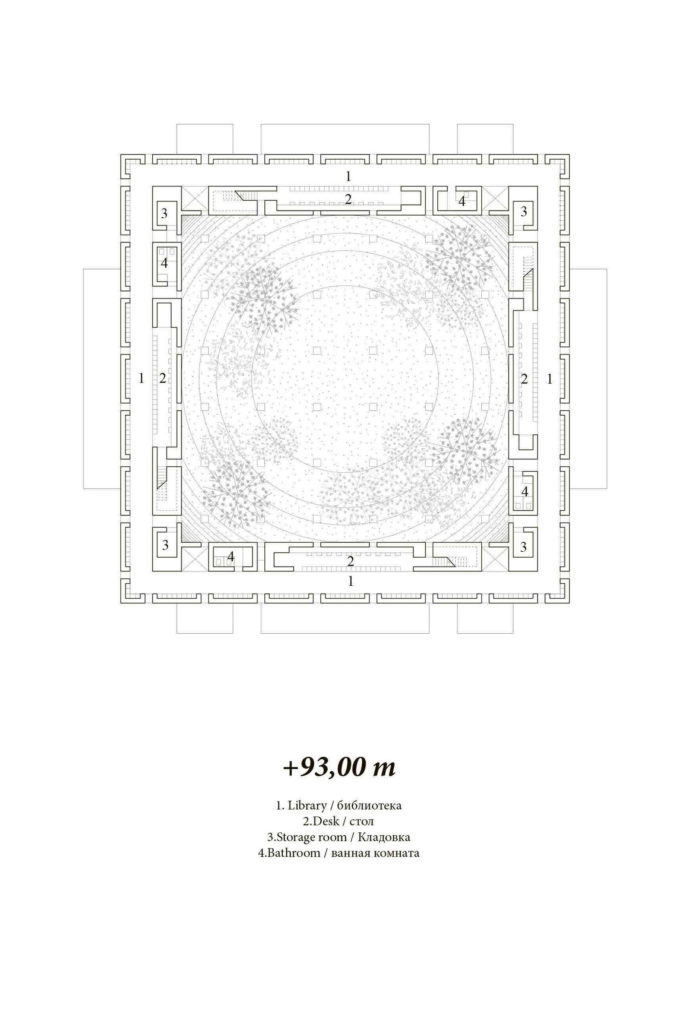 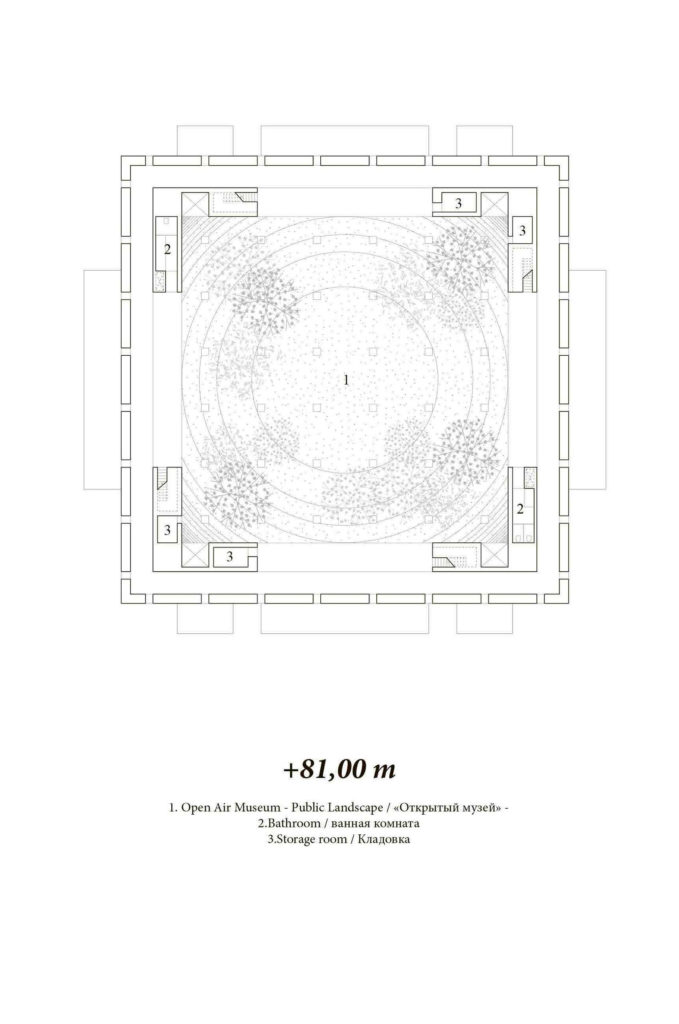 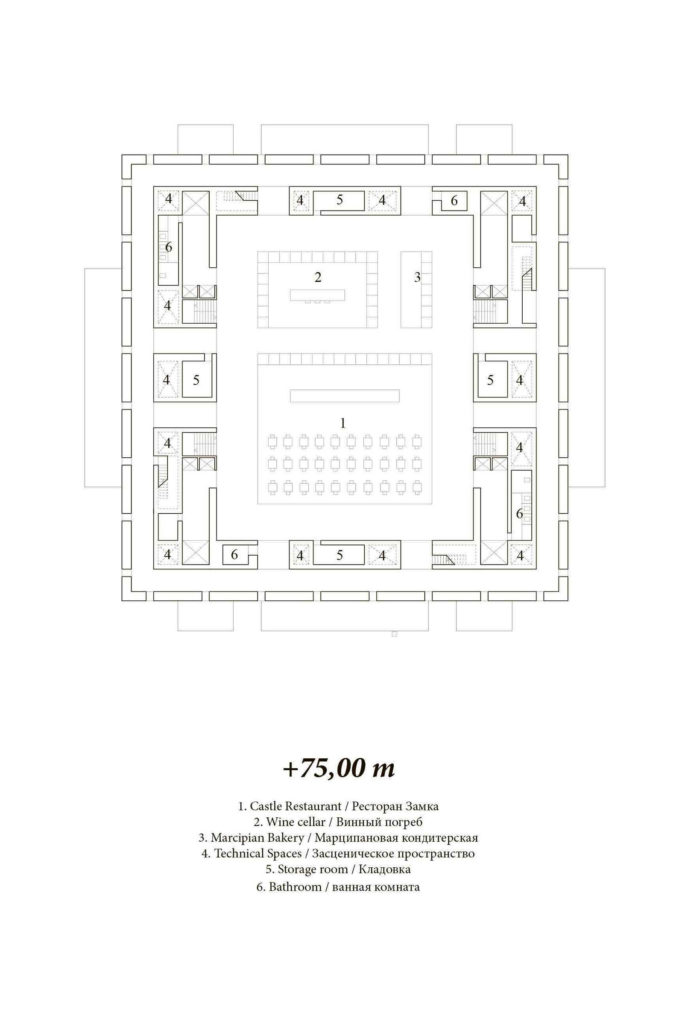 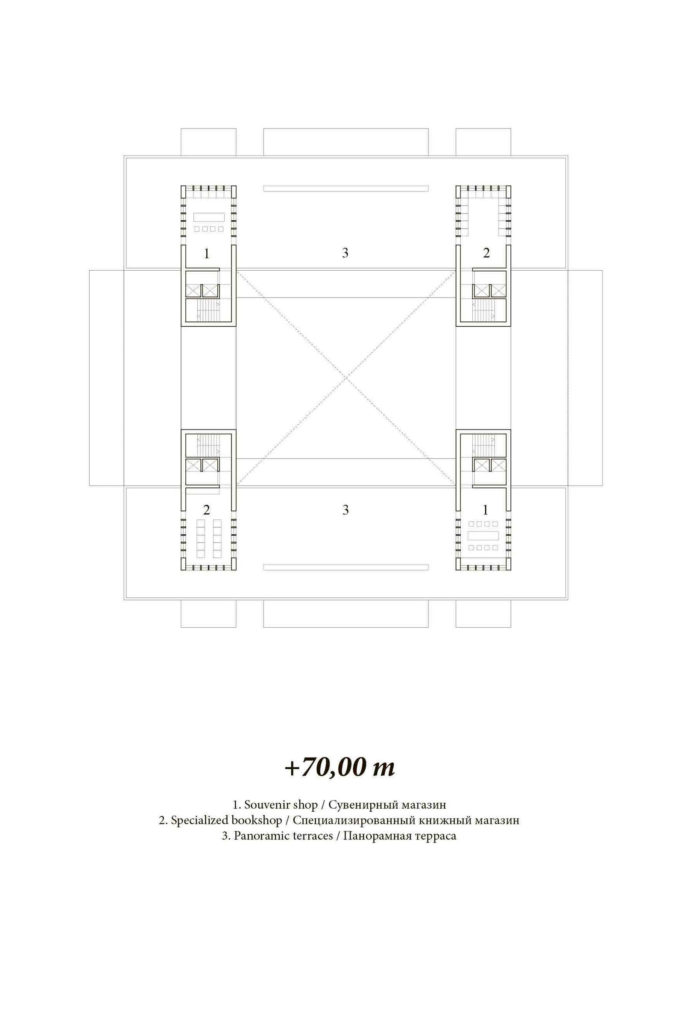 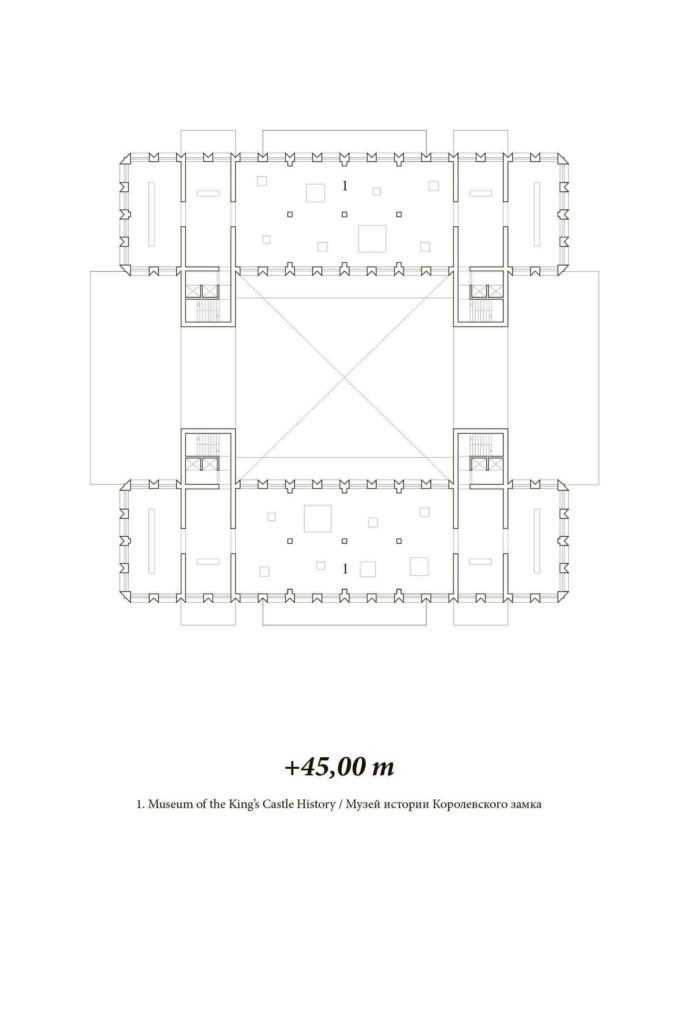 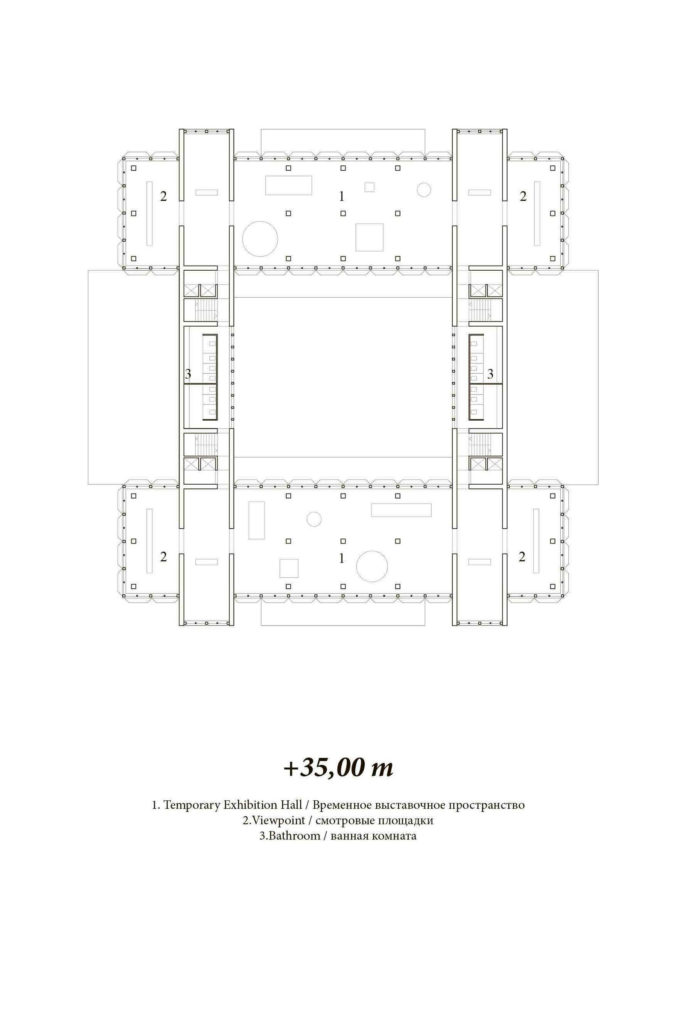 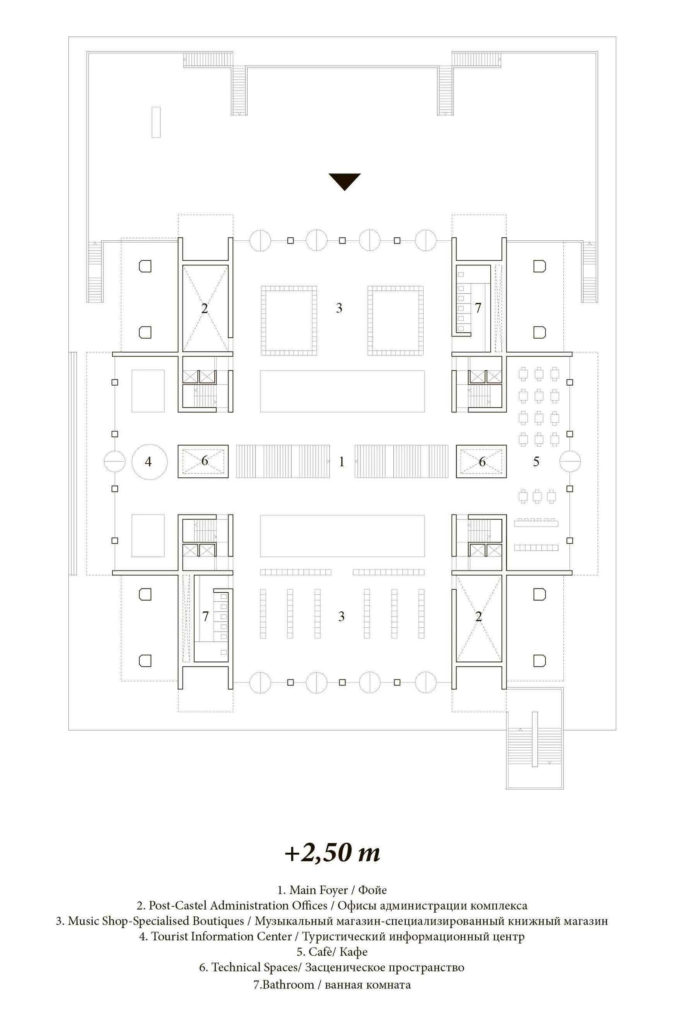 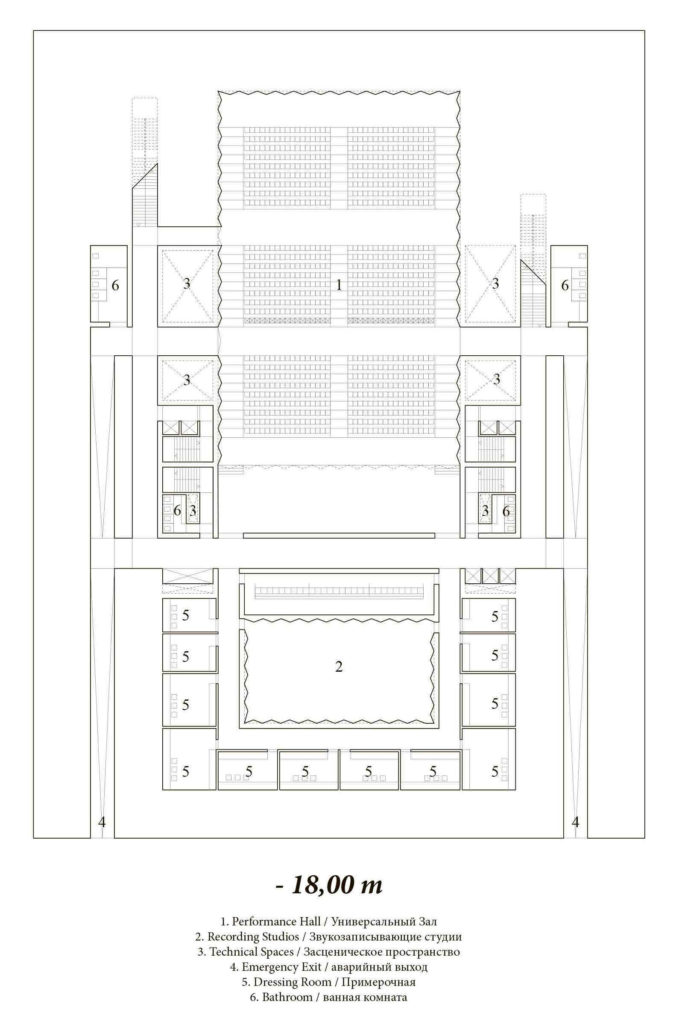 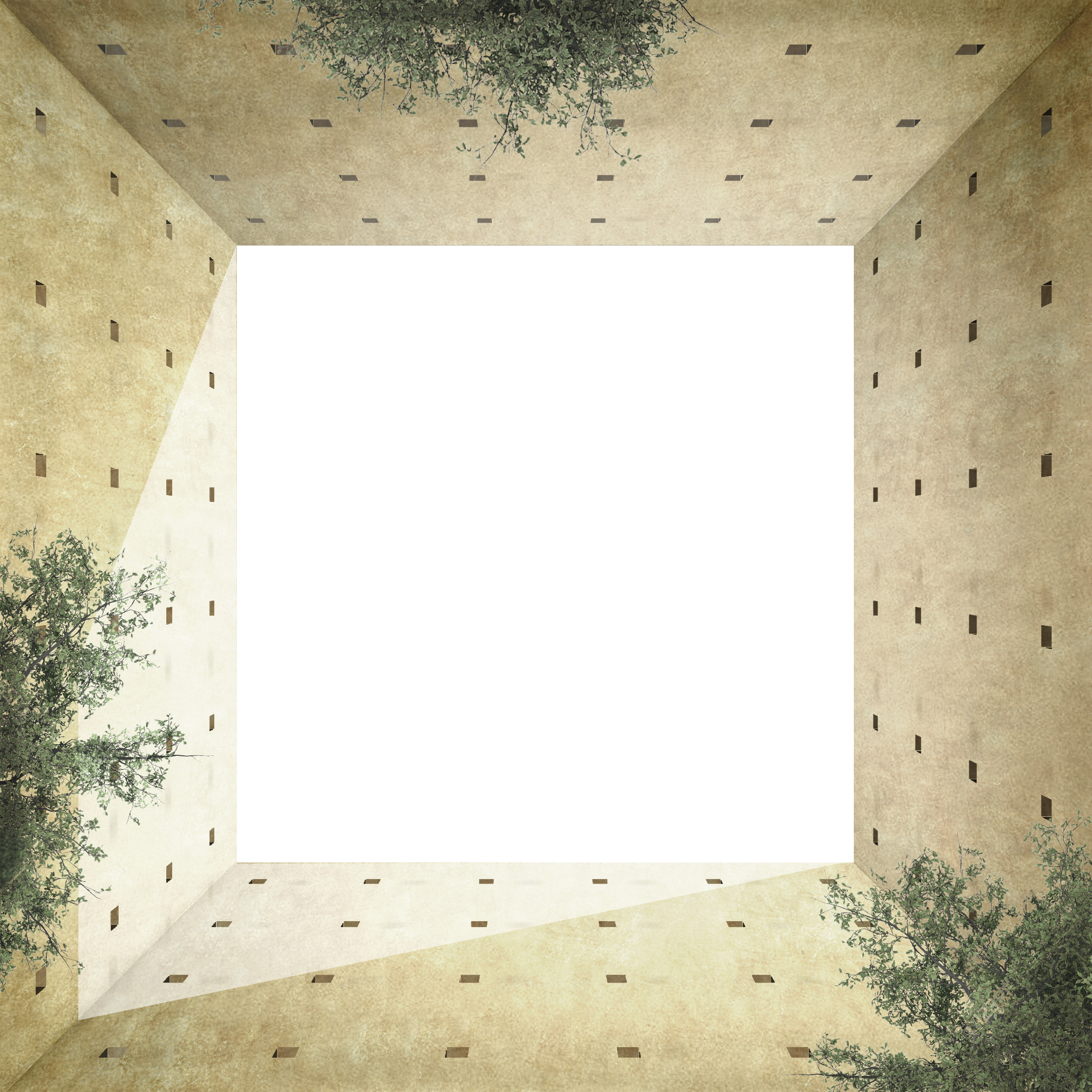 «Königsberg sul Pregel could be an example of a big city, with the main local councils and the university (for the scientific culture), located in the centre of a Nation. It is also a maritime trade hub, due to the existing river that makes both the national and international trades (with far away Countries with different languages and traditions) possible. This kind of City could be the right place for the development of men kind’s knowledge, that could be here fullfiled without feeling the need to travel around the world».
(I. Kant, Pragmatic Anthropology).

The Lighthouse bases its design on the matters discussed by German philosopher Immanuel Kant in his Pragmatic Anthropology. His feeling was that the ancient Königsberg on Pregel would be the perfect place for the development of man kind’s knowledge. The Lighthouse project wants to underline this concept.
Main roads of the city have limited the shape of the site where the new project is located, which has other important and specific characteristics to be taken into account :
1. The Lower Lake located on the north;
2. The island with the Königsberg Cathedral located on the south, where Immanuel Kant was buried;
3.  The remains of the House of Soviets, unfinished and then left abandoned. It is a typical Brutalist architecture and unfinished building, representing the history of the place, including riots and other people’s politic struggles.
The project’s theme is an opportunity to overcome the obstacles related to both historical and political issues while defining a new beginning for the City.
For this building, we want to develop the idea of an architecture work capable to be seen as an added layer to its history. None of the past historical layers are deleted. All together (the old layers and the new layers) they will continue to write that same history.
The existing soviet building was conceived since the beginning to glorify the Russian regime and as a tribute to one of the most important man of the history of the communist regime: Mikhail Ivanovic Kalinin, from whom the city have had its second name. The original design completed the building with a huge lighthouse, a powerful landmark which could be a size comparison reference for all surroundings.
Today it is still an unfinished architecture, similar to the destiny of this city : unwritten, undefined, unfinished.
The project will completely excavate the archeological evidences of the Königsberg castle which will become a low relief ruin, an archeological site opened to the public, symbolizing the passage of time.
The castle, the House of Soviets and the Lighthouse, asides from representing three different expression of architecture, also symbolize three different layers in time, from the oldest to the newest. In the project, all will be recognizable within one single building.
The House of Soviets possess the surfaces required to fulfill the competition’s functional program, while an added pure volume completes the building as the original idea stated. The project also re-thinks the way of using the whole building in a constant relationship with the ruins of the castle.
A research center focused on the philosopher Immanuel Kant is hosted inside the Lighthouse, in order to finally emphasize the value of this important figure. Its space is defined by an architecture developed around a central void, creating a sort of closure and isolation – ideal for reading, studying and researching.
The landscape in the middle of the lighthouse, toped by an open sky, a cut piece of sky, evokes the idea of the public gardens where Kant used to meet his students to give them lectures.
The Lighthouse stands out as an example of how the history of an existing site can help architects in designing a new life for it by understanding the inner values hidden in its past in order to establish new coherent balances.